What a great success once again! New participation record at the 4th edition of this trail running event around the swim center of Mersch – 425 runners reached the finish line yesterday under rather good weather conditions.

The kids’ participation of 35 kids in the 1km Kids-Trail and 6 kids in the Youth-Trail were nearly doubled compared to 2016. The Kids-Trail was won by Wayne Roden (UC DIPPACH) and by Emmi Duhautpas (X3M), the Youth-Trail has been decided by a foto-finish between both X3M athletes Leo Weishaar (1st) and Finn Schiltz (2nd).

After a 15min delay due to high late registration appearance, the shotgun was given at 13:30h for both main distances.

Thank you very much for your participation, your smile at the finish line and your kind words despite some issues which will be taken care of in 2018 – date to save is 24/11/2018 for the 5th edition!!! 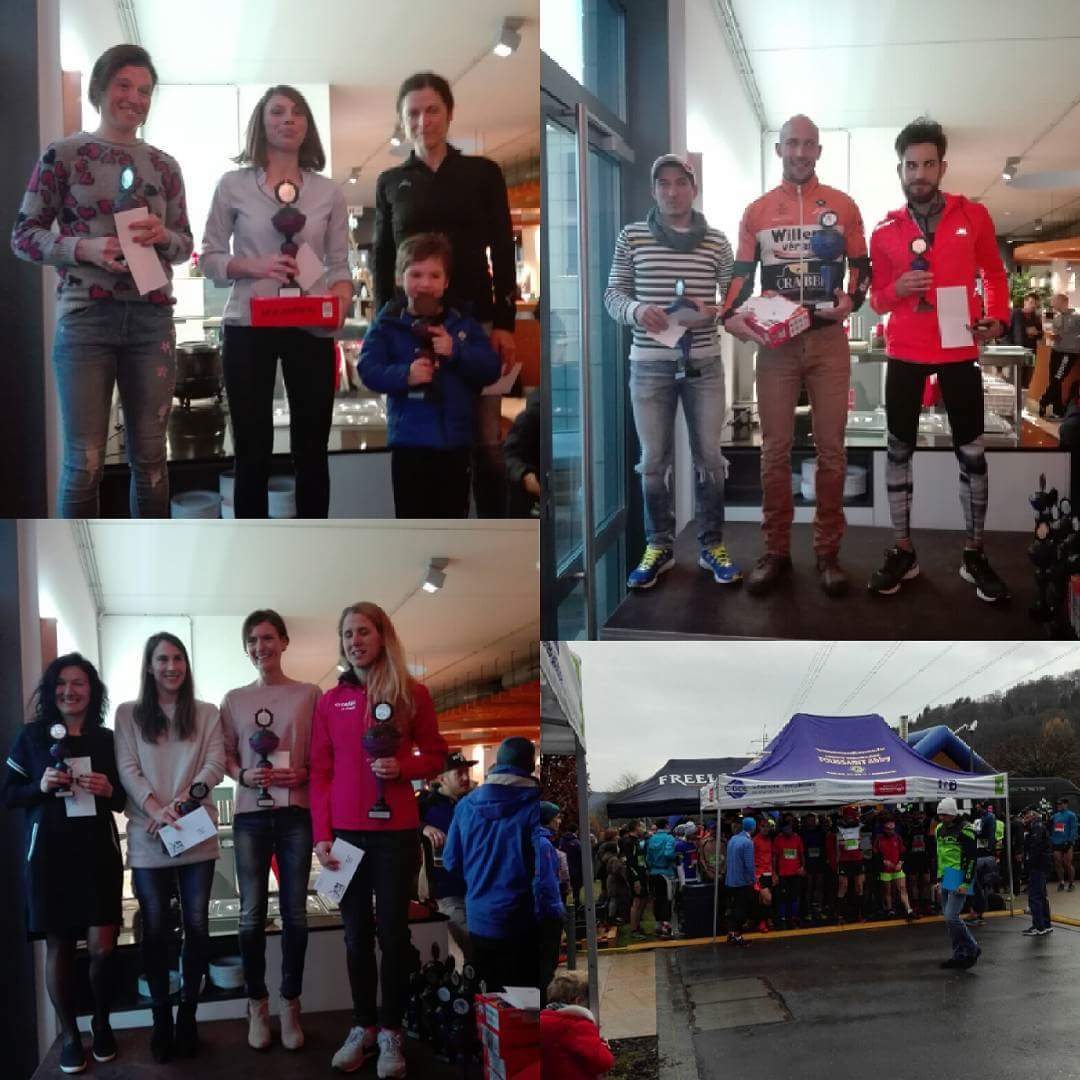