Bob Haller raced his first international race in East London/Buffalo City, South Africa to grab some points for the olympic qualification for Rio de Janeiro 2016.
After a steady swim, Bob managed to stay in the main bike group and he left T2 around 5th position.

After 5km, Bob was still nearby the podium on 4th rank, but he had to agonize calf convulsions and he dropped back to 7th rank at the end. Unfortunately, this 7th rank didn’t allow him to gain some points for his international ITU ranking. 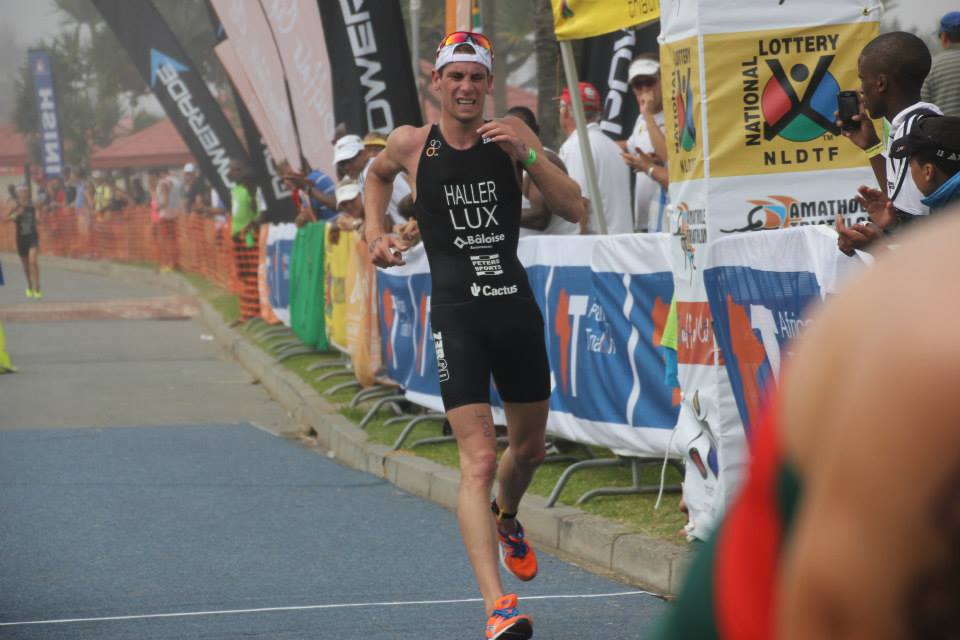