After a shortened swim (3.2km only) due to strong current in stormy but crystal clear carribean sea in 47:21min , I took my time to look after my broken toe in T1.

After 5min, I was on the bike chasing the athletes in front of me. After 110km with an average speed of ~38km/h and riding in TOP50 overall and Top10 in AG, I had to stop due to a flat tire. 5minutes later, I was back on the bike but only for another 5min, then I had a 2nd flat tire…. Unfortunately, I only had 1 replacement tire and nobody was willing to help me out…. I had to withdraw from the race at this point… A very tiny piece of glass was left in the clincher – what a disappointment to leave a race due to this….

Nevertheless, I don’t know if I could have run due to the toe, it’s still not good so back to the doctor’s next week to check this out….

Thanks to all of you for your support during the whole season. I will be back next year and try to perform even better in IM Copenhagen in August. 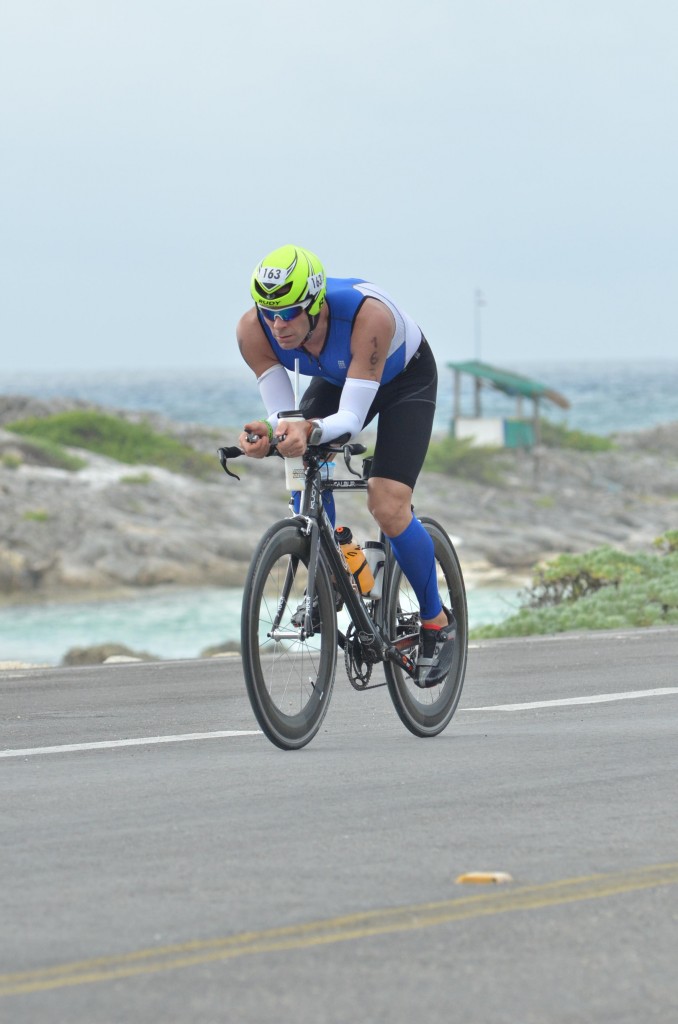