Surprising honor for Pascal Duhautpas, who was designated ‘Volunteer of the year 2017 – Bénévole de l’année 2017 ‘ by the luxembourgish triathlon federation FLTRI.

During a reception gala, a nice glass stelae and a financial reward for the X3M club were handed over by sports minister Mr. Romain Schneider himself. The unrelenting efforts to develop X3M’s kids training group (with all other trainers involved of course) and the efforts to introduce triathlon/duathlon to local primary schools were honored by the committee of FLTRI.

We wish to thank our federation for their confidence in our structure and our contribution to the sport of triathlon. 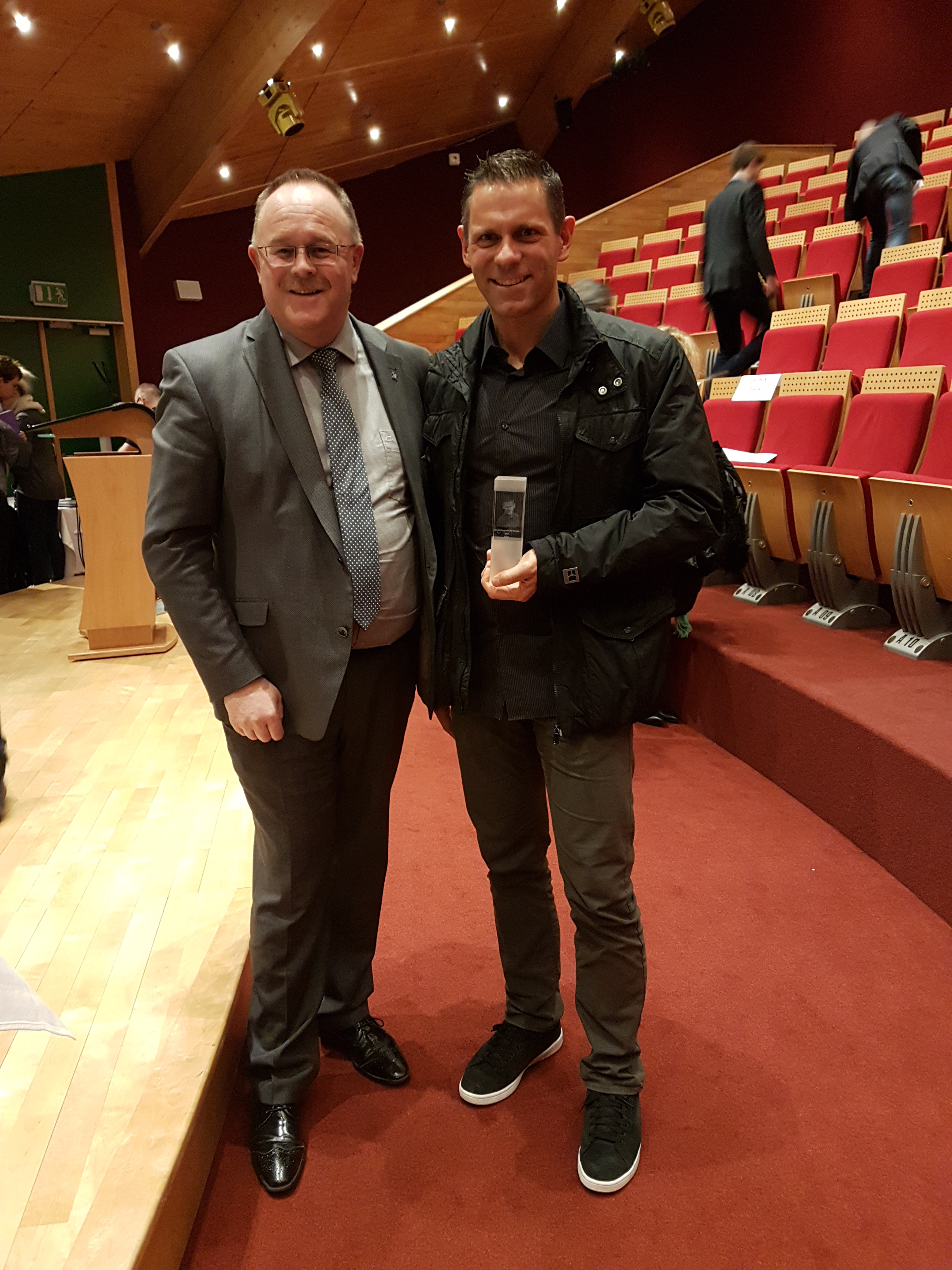