The 1500-1600m swim part in the ‘Meuse‘ was very fast as the swimmers swom with the current, the bike part was quite hilly and non-drafting finishing with a 10.4km loop along the Meuse and the surroundings. Fabrice was not quite ready when the gun shot was given, so he started his race 150m behind all the others… ;-(
Nevertheless, Fabrice reached a new personal best time on the OD triathlon with an end time of 2h39. 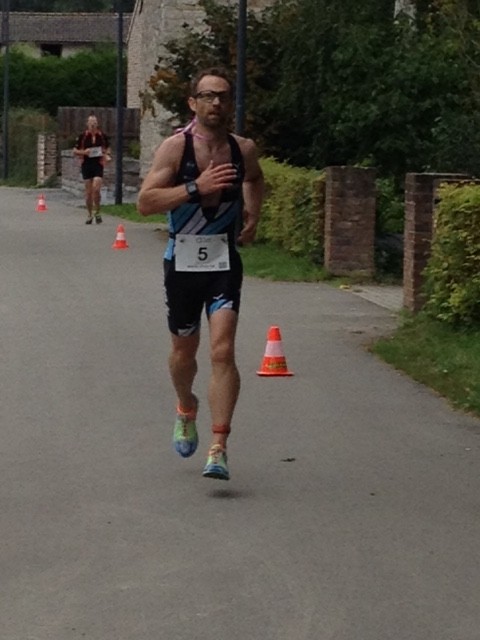