Bob Haller participated in the 2015 Tiszaujvaros ITU Triathlon World Cup in Hungary. As the field was too big with more than 100 athletes signed in, 4 semi-finals had to be organized, where only the 7 best qualified for the final on sunday.
Bob had to fight against very hot temperatures, he could only show an average performance that day preventing him to qualify for the final. With an end time of 56:20min, Bob only ranked 19th in the 3rd semi-final. 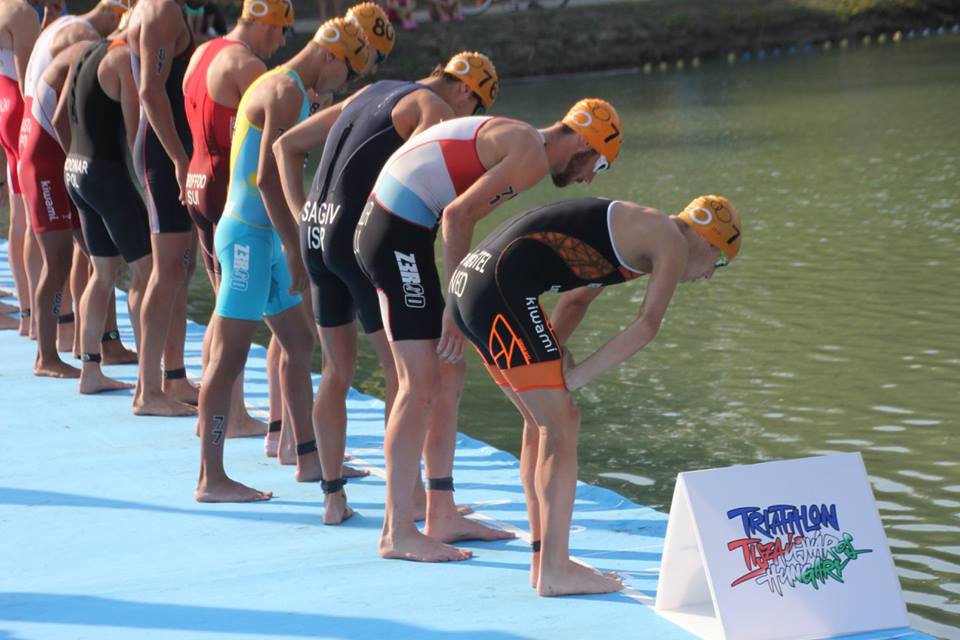 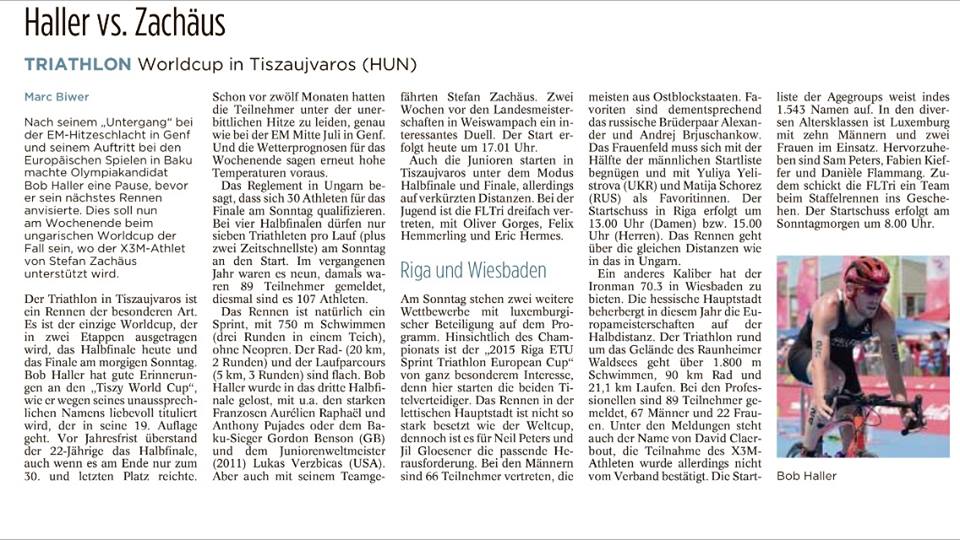